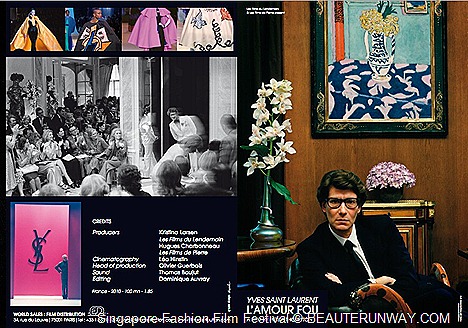 One of the main highlights of the festival is the film Yves Saint Laurent, Pierre Bergé – Lʻamour fou,  a film by Philippe Thorreton, which tells the story of the personal lives of Yves St Laurent and his life partner, Pierre Bergé, through the sale of their exceptional private art collection. The film will be shown at Alliance Française de Singapour on 3 and 5 November. 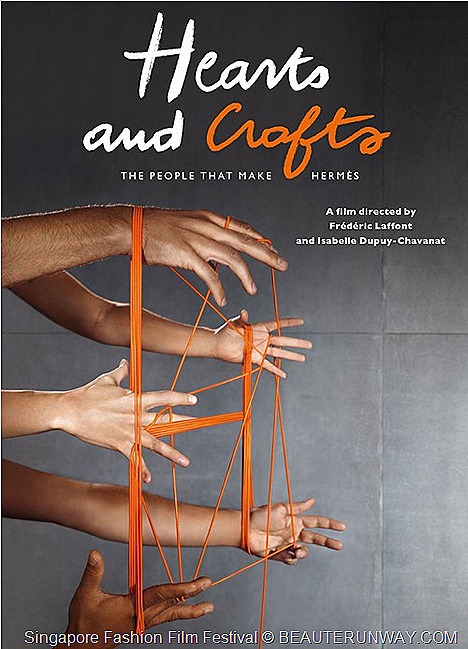 Another highlight of the festival is the film Hearts and Crafts. Directed in 2011 by Frédéric Laffont and Isabelle Dupuy-Chavanat, the film pays homage to the artisans of  Hermès. This is a must see, espeically if you missed Hermès Festival des Métiers  at Paragon. Singaporeans will be among the first in the world to watch the film when it shows at Sinema Old School on 23 and 29 October.

Other films include Signé Chanel; The Secret World of Haute Couture; Paul Smith, Gentleman Designer;  Marc Jacobs and Louis Vuitton;  Picture Me, Modelʼs Diary; and a selection of films focusing on Jean-Paul Gaultier,  Donatella Versace and Alexander Wang from the documentary series  The Day Before. 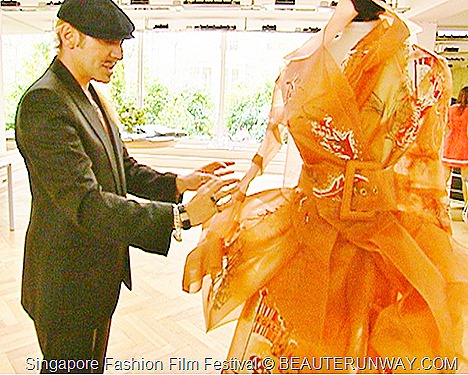 In addition to these films, the festival is also proud to present  The Underground Stage, a ten-part documentary series by Sinema TV which will be making its premiere at the festival.
The festival also includes several fashion-related fringe events, such as  an open studio day at Milk Photographie, where the public will be able to experience a professional fashion shoot, and talks by local fashion designer Wykkid Song and fashion photographer Olivier Henry, which will provide insights into their various experiences in the fashion industry.

Join BeauteRunway to experience the catwalk with the  Singapore Fashion Film Festival from 21 October 2011 to 7 November 2011  at  both  Sinema Old School and Alliance Française de Singapour.
Posted by Beauty Runway at 2:49 PM