SEIKO celebrated its 130th Anniversary of watch making timeless excellence with a unprecedented showcase of various milestone, museum, and commemorative legendary classic timepieces in VivoCity Singapore. Founded in 1881 by Mr Kintaro Hattori in Kyobashi, Tokyo, SEIKO has gone on to capture the world’s imagination with a diversity of innovative products over the last 130 years. 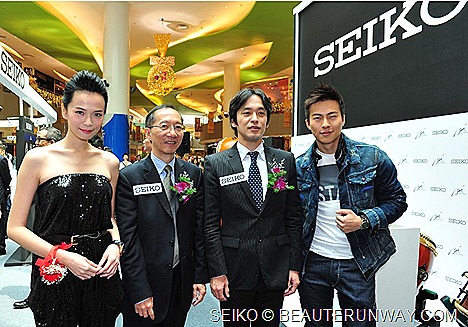 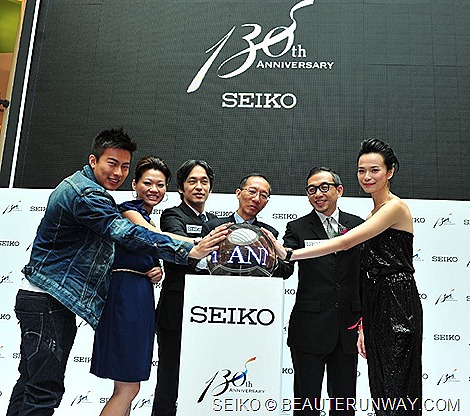 Seiko first  classic  watches crafted  over  the century include  the  trailblazing  “Laurel”, Japan’s first  locally made wrist watch by SEIKO in 1913, “Astron”, the world’s first quartz watch fashioned in 1969,  which  still  measures  time  with  unprecedented  accuracy  with  the  ultra-high-frequency  vibration  of quartz. 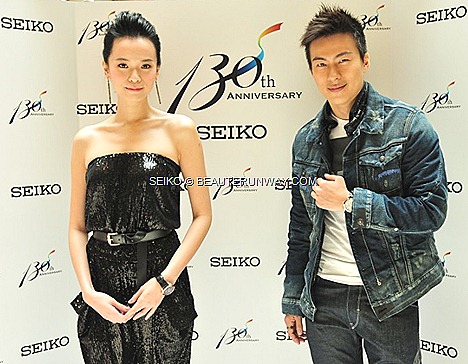 In addition, the exhibition  displayed the  world’s  first multi-function digital watch  produced  in 1975 and the world’s first TV watch introduced in 1982 – further testimony to SEIKO’s creativity, philosophy and creed of  “Always one step ahead of the others”. 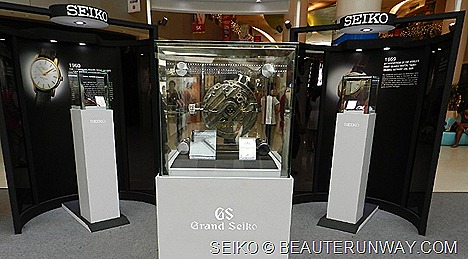 Equally-anticipated,  is  the  world’s  first  Grand  Seiko introduced  in  1960. The Grand  Seiko  fulfilled  the  unique “Grand Seiko Specifications” with precision requirements more stringent than that of Swiss. In 1968,  as a non-Swiss watch, Grand Seiko unprecedentedly attained the highest score and won the honor of  “Best Mechanical Wrist Chronometer” award in the Swiss Official Geneva Observatory Competition. 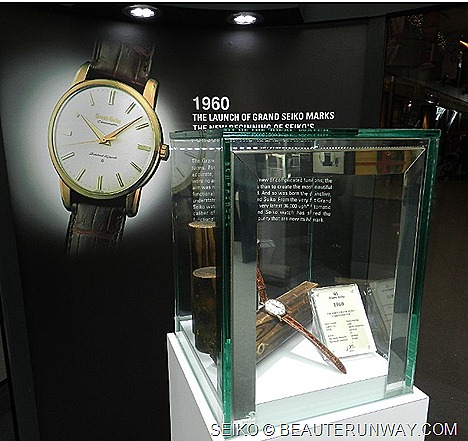 To  mark  SEIKO  130th  anniversary,  a  limited  edition  pair  watches  that  comes  in  a  gift  box  set  is  specially designed.  It  comprises  a  SEIKO  black  steel  fully  automated  and  a  solar  energy  timepiece.  Both  carry  a commemorative rear case  that  marks  the 130th  anniversary of SEIKO.  Only  1,300  sets are made exclusively for Singapore, Hong Kong and Malaysia, making it truly a valuable collector’s item. 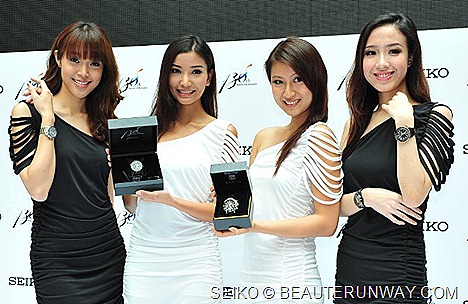 Another design is the prestigious Grand Seiko 130th Anniversary Edition (Model No.: SBGW033J1).  True to  its origin,  the Commemorative Collection  retains  the  design simplicity essence of  the first  Grand  Seiko  in  1960,  housing  it  with  newly-developed  automatic  self-winding  for  added  functionality and convenience. The limited steel edition comes with a total availability of only 1,300 pieces worldwide.