Hermès "HEARTS AND CRAFTS: The People that Make Hermès" is a film that pays homage to the artisans of  Hermès. Directed by Frédéric Laffont and Isabelle Dupuy-Chavanat, the film celebrates this year's annual theme of “Contemporary artisan since 1837”. 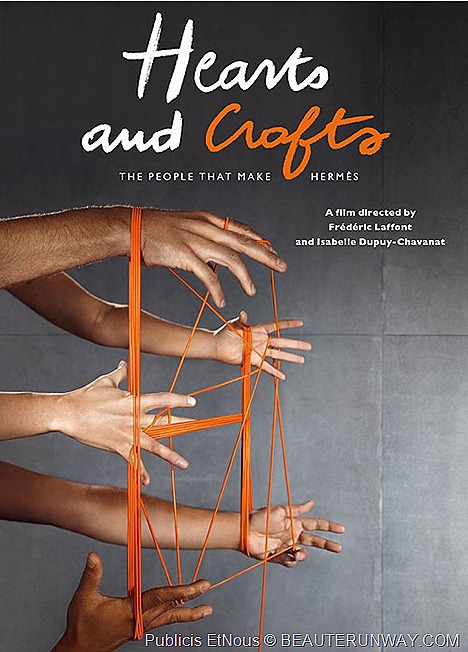 From Paris to the Ardennes, from the Lyonnais to Lorraine, discover the Hermès Métiers - the savoir-faire of the saddler, the leather craftsperson, the crystal and glassmaker, the jeweller and witness the sparks of life, enthusiasm, pride and passion, as each craftsperson assembles a handbag or a piece of jewellery, meticulously with passion and respect, in the quest for excellence. 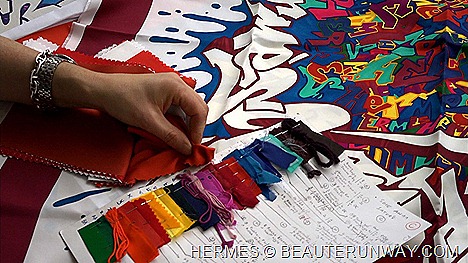 First screened at Singapore Fashion Flim Festival Sinema Old School in October,  the film is a must see, especially if you missed Hermès Festival des Métiers  at Paragon in September .  Hermès "HEARTS AND CRAFTS: The People that Make Hermès" will be screened at The Cathay Picture House Singapore from December 14th to 18th, at 8pm daily on weekdays and 4pm on weekends, tickets at S$12. Visit http://www.lesmainsdhermes.com/ for more information.
Posted by Beauty Runway at 9:04 AM