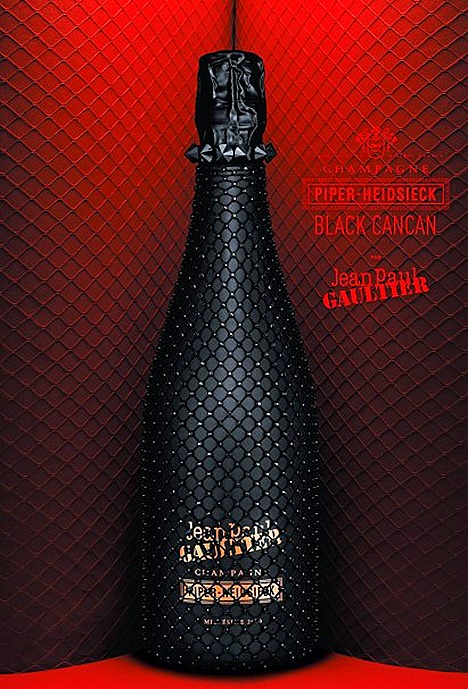 
“This time, I used latex and fishnet tights, materials that always inspire me. It is like flesh dressed in fishnet. It is the seductive touch of the Parisian woman, but it's also Paris Canaille, Paris CanCan...The red mask adds a touch of mystery and passion and leads us into a champagne universe.”
– Jean Paul Gaultier 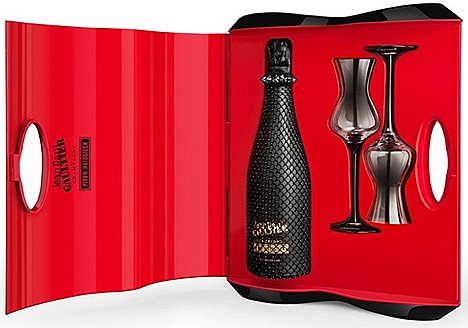 Presented in a sensual gift pack shaped like a woman’s mouth, the luxurious set is accompanied by two Schott Zwiesel crystal flutes – a sophisticated combination of black laquer and Piper-Heidsieck red and makes its the perfect collector’s item and Valentine’s Day gift.