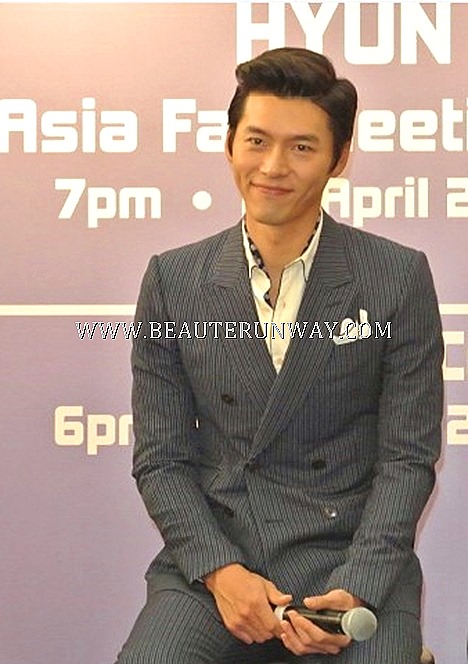 Hyun Bin is the Ambassador and Face for Korean Skincare, Laneige Homme. Ever so dashing with his flawless complexion, dazzling smile and cute dimples,  the tall hunky actor sent Hallyu fans gushing happily while  snapping photographs frantically at Bugis + Atrium where the press conference was held. 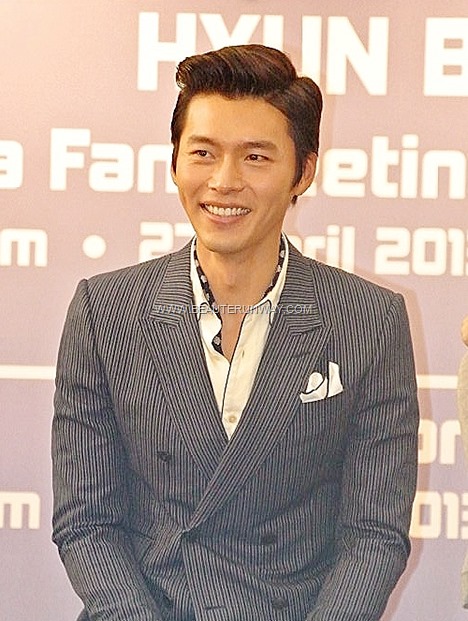 Hyun Bin expressed happiness and freedom in his new life after discharge from Marine Corps military national service last December. The highly sought after model and actor look forward to meeting fans around the region before embarking on his comeback Korean movies, drama series and endorsements with Samsung Smart TV,  as well as Lotte Department Store advertisement with Girls' Generation.
The Korean drama heart throb childhood dream was to become a policeman before discovering his love for acting in high school and majored in Theatre Studies at Chung-Ang University. We could imagine that the handsome hunk could melt the hearts of any would be offenders and definitely stop any crime from being committed  with his good looks, expressive eyes and honesty. 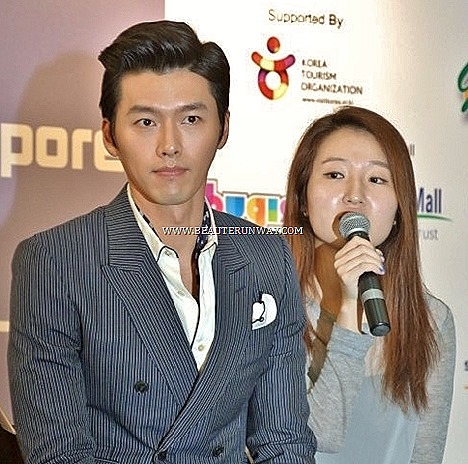 Radiating  warmness and charm, Hyun Bin is no doubt the perfect gentleman, dream lover, boyfriend and husband for all K-drama Hallyu fans. Hyun Bin dated popular actress and Laneige Spokesperson Song Hye-kyo, his co-star in Worlds Within and parted in 2011.
When the last question for the media conference was opened to fans in the atrium, the selected fan promptly asked Hyun Bin ‘Will you marry me’ prompted silence and then a smile from him, replying ‘But its our first meeting’ drew relieve applause  from other fans.
HYUN BIN 2013 ASIA FAN MEET TOUR SCHEDULE 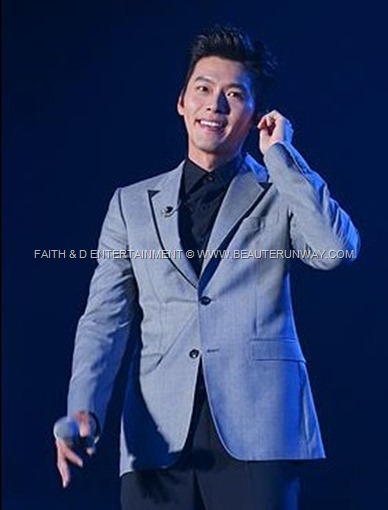 At Hyun Bin First Asia Fan Meeting Tour in Singapore Max Pavilion, he sang 3 Korean songs – ‘That Man’ from Secret Garden, ‘Cant have’ and ‘Marry You’ before a Hi-5 session with 1000 lucky fans picked in the presence of Korea Tourism Organization Singapore.
Hyun Bin left Singapore for his next fan meet in Shanghai, China where he is highly popular not only for his Korean Drama roles in Secret Garden, My Lovely SamSoon aka My name is Kim Sam Soon, Worlds Within, Friend Our Legend, The Snow Queen, Ireland, NonStop 4, The Body Guard but also in Chinese Movie "Late Autumn". The film in which he co-starred with Tang Wei, China Chinese actress and face of SK-II skincare, raked in more than $10 million in two weeks as the highest grossing Korean film released in China.
Posted by Beauty Runway at 10:49 AM