SWISS International Air Lines Singapore-Zurich route special fares for non-stop daily round trip on Swiss Airbus A340-300 aircraft, flight LX179 and LX 178 will launch on 13 May 2013 at celebratory price, inclusive of taxes  from just S$705*. 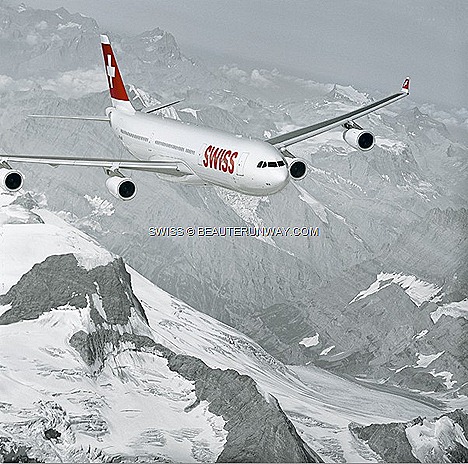 Depart Singapore at 23:10 in the evening on board Switzerland’s national airline, SWISS and arrive next morning at 06:10. Visit Switzerland’s biggest city and prime economic hub and stop by the breath taking Lake Zurich or the magnificent Swiss Alps for a few days. Leave Zurich at 22:45 and touchdown in Singapore at 17:10 the next day. 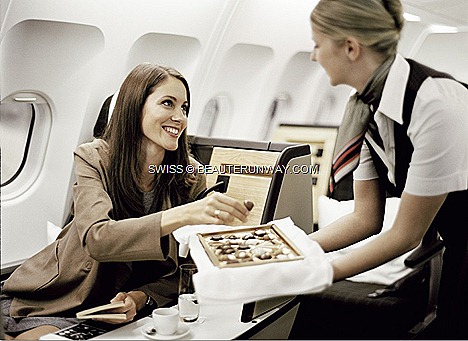 SWISS Singapore-Zurich route will connect more leisure travellers from Australia, New Zealand and Asia’s growth markets visiting Switzerland and its renown vacation resorts. For only $3705* per round trip, relax in SWISS Business Class seats that eases into a 2-metre lie-flat bed. 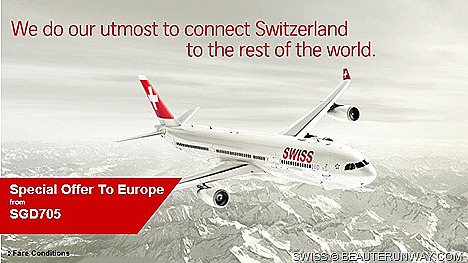 *Round-trip fare includes taxes, surcharges and is subject to currency exchange fluctuations, as at January 16 2013 midnight, airfare for Zurich/Barcelona/Milan are S$680/S$803/S$807.


SWISS Singapore-Zurich launch offer sale fare from $705* for economy and $3705* for Business Class, Barcelona from $835*and Milan from  $840* is valid for booking at www.swiss.com or travel agents from 14 January 2013 and 28 January 2013 for travel between 13 May 2013 to 30 November 2013, Terms and conditions apply. Do share this airfare offer and see you soon on SWISS at Changi Airport Singapore.