Ray-Ban Sunglasses celebrates its 75th year anniversary with Ray-Ban Ambermatic 2012 Limited Edition at the Never Hide:  Ray-Ban Legends pop-up showcase featuring legends from the last 7 decades and the most iconic frames of all times – Ray-Ban Laramie, Meteor, Wayfarers and Aviators at Singapore ION Orchard Capsule from now till July 15. 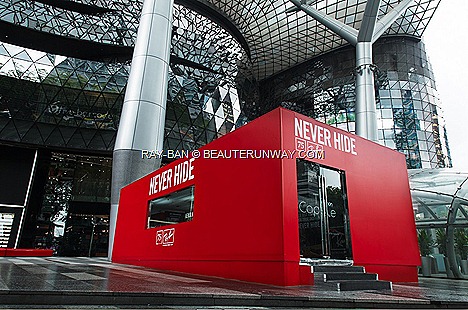 Established since 1937, the Ray-Ban Aviators signature classic tear-drop shape have evolved in tandem with times, whilst remaining true to its original Ray-Ban’s DNA and style.


Never Hide:  Ray-Ban Legends gallery are shot by famous lensman Mark Seliger, paying tribute to the history and stories of 75 years of Never Hide:  the courage to be yourself and freely express your beliefs and personality. 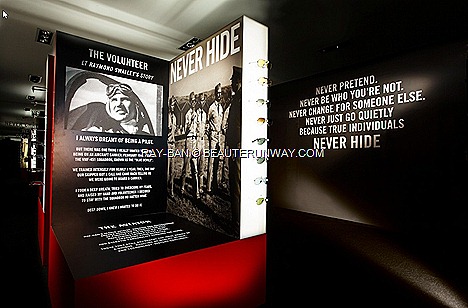 At every decade, individuals like a group of pilots -  the Blue Devils -  in the 1930s; a writer’s ‘relationship’ in the heart of America in the 1940s; a singer-songwriter who worked with Elvis Presley in the 1950s; an English socialite in the 1960s; a boy and girl falling in love during a protest in the 1970s; the nightlife of three girls in the 1980s, and a courageous rapper in the 1990s.donned a Ray-Ban frame. 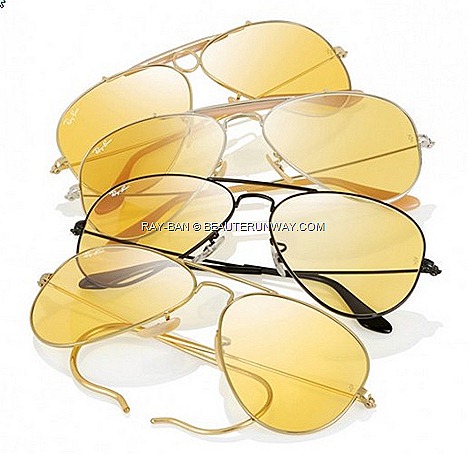 Featuring a special yellow light-sensitive photochromic lens – AMBERMATIC, the lens technology blocks glare and highlight outlines and shapes while darken depending on light and temperature conditions, transitioning from yellow to brown,


Win a pair of Ray-Ban Aviator today till July 16, when you submit individual images of yourselves and your friends in the Ray-Ban Never Hide spirit and tag the picture to @rayban_sg, with the hash tag #neverhide_sg and the top 3 that garner the most ‘likes’ for each week will win ! 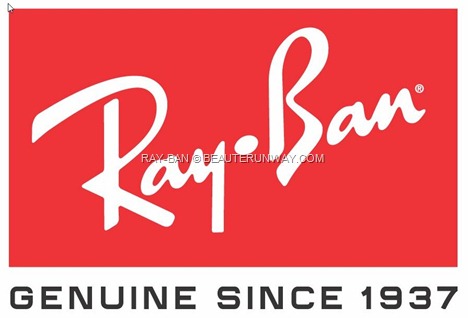 From July 6 to 8 and July 13 to 15, Ray-Ban troopers, dressed in a distinctive retro look from the past, will scout along the Orchard Road shopping strip to capture images for Ray-Ban’s Instagram profile and will close on July 9th or July 16th. Winners will be notified via their Instagram account.