M1, one of the telcos in Singapore unveiled Apple's iPhone 4 and 4S without the camera function version, to cater to military personnel and adapted to the requirements of the Ministry of Defence which banned  image-capturing devices in Singapore army camps. 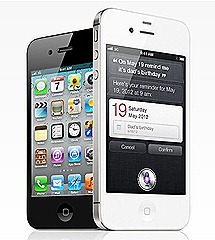 The cameras are  removed completely from the phone which means that you cant  reinstall the camera and your Apple warranty is void as amendments are made to the phone. However, M1 is offering an optional one-year warranty contract with a third-party vendor at S$321.

Each camera-less iPhone will come with a certificate recognised by MINDEF, hence you can bring it into an army camp.Prices listed on M1's website showed that adapted versions of the iPhone 4S/S will cost S$49 more coupled with various bundled plans.

SingTel and StarHub, Singapore's other two operators will offer no camera smartphone in the near future. M1 iPhone 4S / 4 is available on M1 Mobile Website and M1 Shops.
Posted by Beauty Runway at 11:00 AM