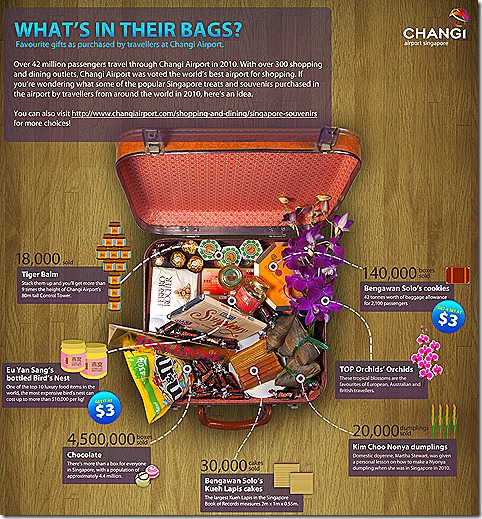 To enjoy these exclusive deals, shoppers just need to make a minimum purchase of S$30 using their Visa cards or S$60 by other means. Travellers can purchase the products at the central Perfumes & Cosmetics store in the Departure/Transit Lounge at each terminal. Non-travellers can grab the great buys at an event booth set up in the public area of Terminal 3 Basement 2, opposite Jolly Bean. What's more, you stand a chance to be Changi Airport Millionaire and win S$1 Million CASH ! See you there!
Posted by Beauty Runway at 9:04 AM