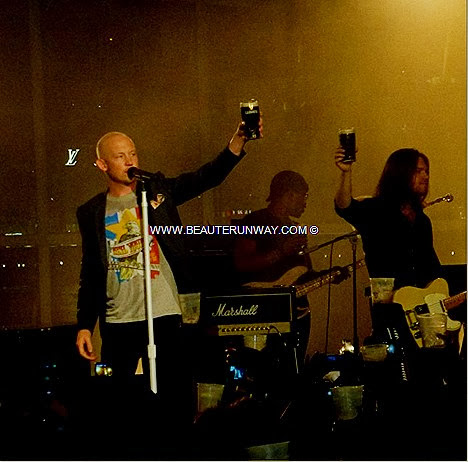 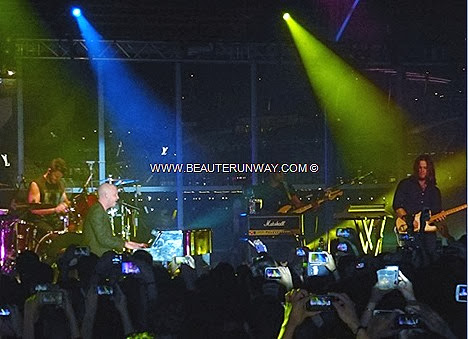 The second Guinness Arthur’s Day in Singapore saw double platinum, Grammy award nominated  and Billboard Hot 100 ranked The Fray belting out their hit songs against the magnificent views of the illuminated Marina Bay Sands and the breath-taking Singapore skyline.

The Fray new songs ‘Hold My Hand’ and ‘Wherever This Goes’, debuted for the first time outside the U.S. and award-winning tunes ‘How to Save a Life’, ‘Never Say Never’, ‘You Found Me’ and ‘Over my Head (Cable Car)’. 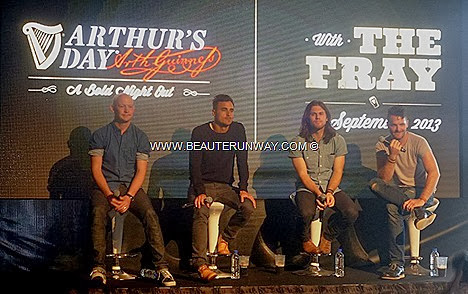 American rock band The Fray songs like Syndicate, All at Once, Turn me on, Look After You, Vienna, Here We Are, Heartbeat, The Fighter, Never Say Never and Be Still had the fans encoring for more. 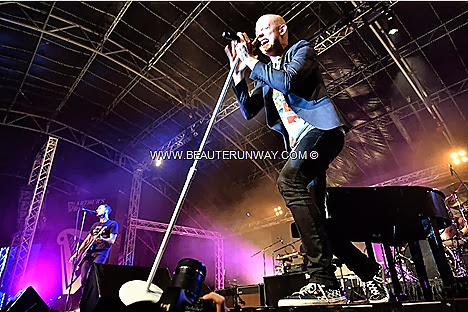 The 1759 loyal Guinness fans won the highly coveted, not for sale concert tickets with  their wildest antics across Guinness Day Boldest Busker and Cheers to Arthur activations campaigns and contests. 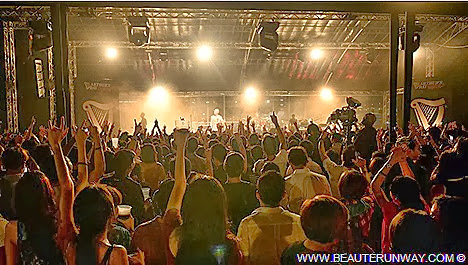 Guinness Arthur’s Day Concert-goers had the opportunity to view GUINNESS by the Decades’ Exhibition Heritage memorabilia showcases its 144-year long legacy with artefacts exhibited previously at Mint Museum of Toys like miniature and stoneware beer bottles to quirky metal show-cards from the mid-1900s. 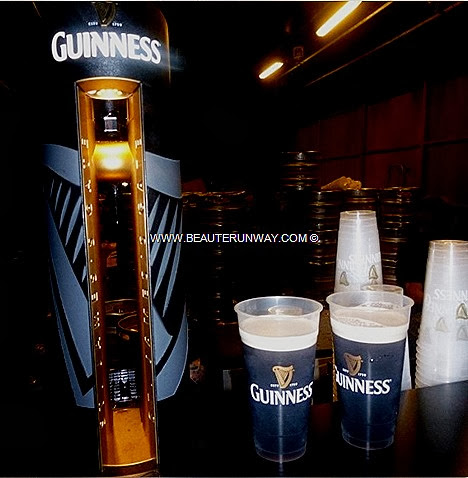 Singapore joined over 55 countries and an estimated 1.7 million people across the world to celebrate Guinness Arthur’s Day the fifth year globally, set up to coincide with the 250th anniversary of the signing of the original lease at St. James’s Gate, Dublin – the home of GUINNESS.

Guinness Arthur’s Day Concert with The Fray 2013 concert is the biggest and boldest Guinness fans Singapore party at The Promontory@Marina Bay where all fans enjoyed Guinness and walked away with a limited edition The Fray Guinness Arthur’s Day T-Shirt and Bag.  Enjoy GUINNESS on Arthur’s Day and every other occasion, responsibly. For more information, visit GUINNESS Singapore Facebook page https://www.facebook.com/Guinness.SG and www.DrinkiQ.com
Posted by Beauty Runway at 10:49 AM