The Singapore auditions casting call for Asia’s Next Top Model Season 2 2014 reality show is the final leg which started in Manila, Kuala Lumpur, Jakarta and Bangkok in August 2013. Female models of Asian descent in the Asia Pacific region, aged from 16 – 27, height at least 170cm and with a sparkling personality are invited to apply for this once in a lifetime chance to make your runway dreams come true. 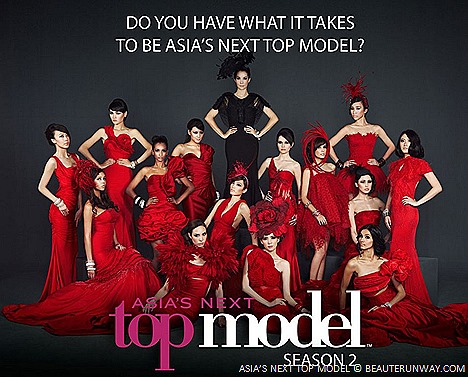 Models keen for Asia’s Next Top Model Cycle 2 Singapore casting call are required to attend audition at FOX International Channels recording studios in New Tech Park, 151 Lorong Chuan, #03-01 on Saturday, 17 August, from 1pm to 6pm as well as to submit their applications online or by mail to Casting Director, 21A South Bridge Road, Level 2, Singapore 058661 by August 20.