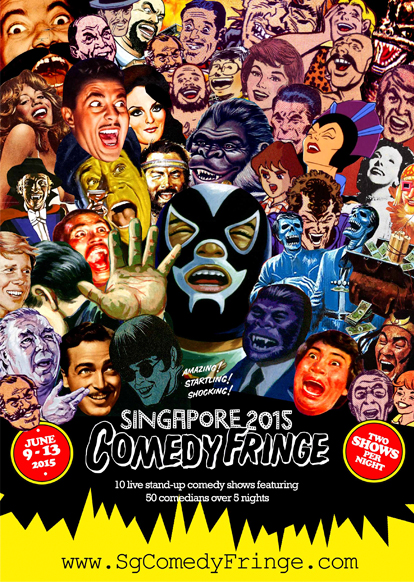 Win tickets to watch the Singapore Comedy Fringe Festival  2015!  Five pairs of tickets worth $124 per pair are up for grabs!

Please email to beautyrunwayfans@gmail.com with  the subject title Singapore Comedy Fringe Festival 2015 and your name, contact number, Instagram name,  and the date of your choice (both 7.30pm & 9.30pm shows on the same day) from June 9th to 13th.

Winners will be notified through email and are required to submit  the NRIC/ Fin details for prize collection verification. Contest ends June 8th, do share with your friends and have a joyous evening at Singapore Comedy Fringe Festival  2015.