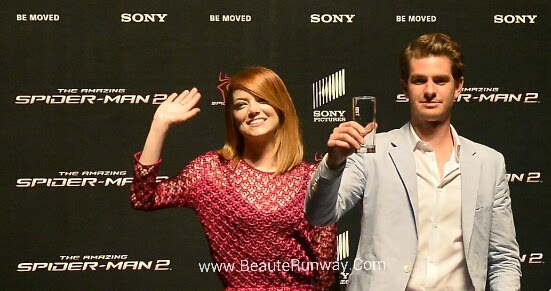 Emma Stone who plays Spidey love interest Gwen Stacy in Spider-Man movies and dating in real life are very lovey dovey. The couple have been together for 3 years and Emma's skin radiates happiness with a rosy glow in her Christian Dior dress and Cartier jewellery. 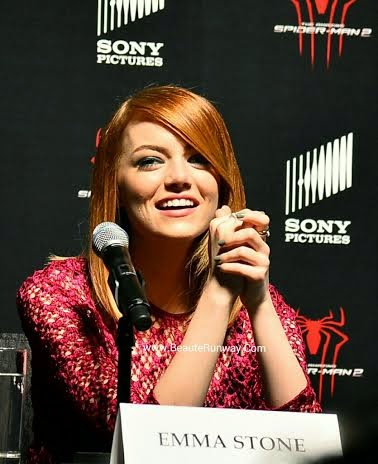 Andrew is an affectionate boyfriend who walks hand in hand with Emma, takes care of her and even tells her to mind the steps as they leave Marina Bay Sands with their entourage. Pure chemistry on and off screen. 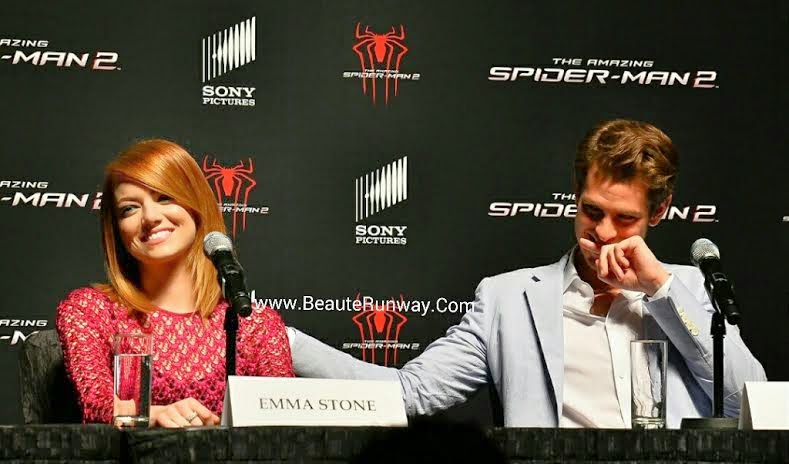 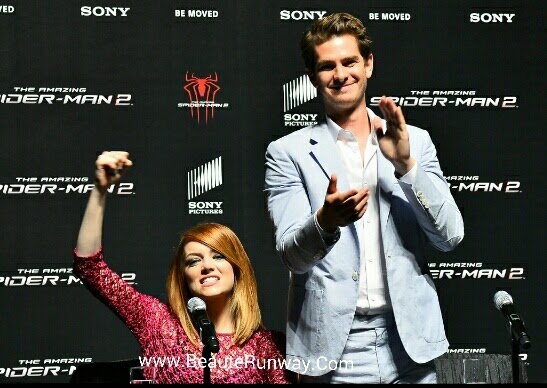 The Spider-Man 2 cast swings by the red carpet at the skating rink, signs autographs and takes selfies with the lucky fans before meeting the regional press at MasterCard Grand Theatres. 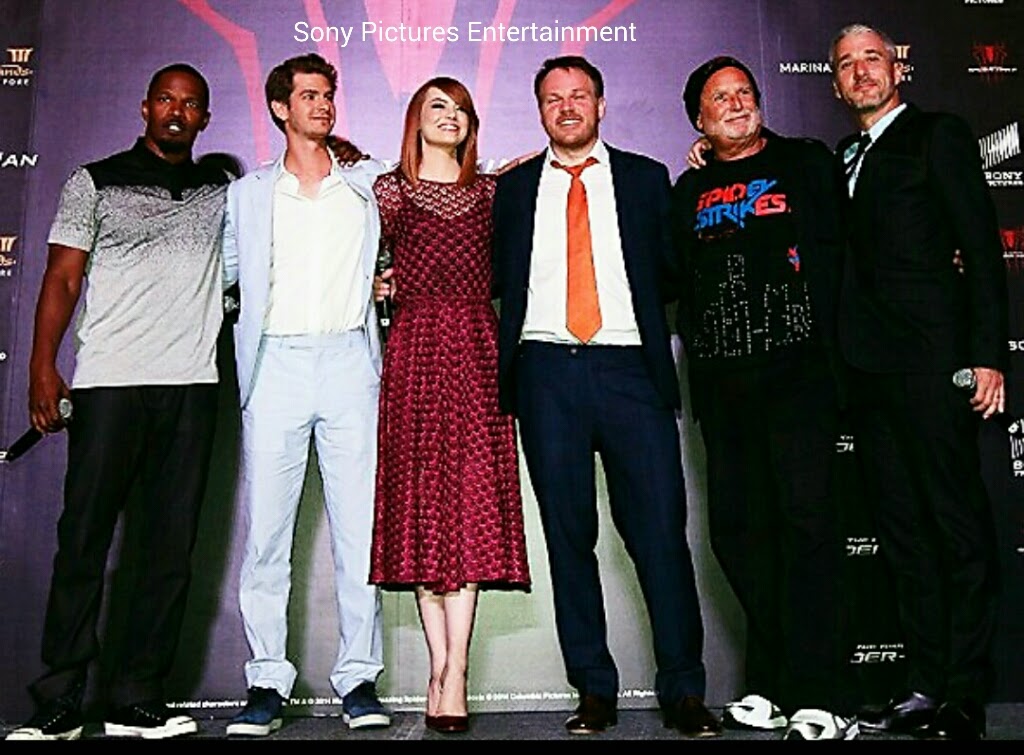 Andrew, an avid Spider-Man fan shared that he was extremely happy to play the role as his very first Spider-Man suit was made by his mum when he was three years old and he feels that he is very much the same little boy when he don the costume in the movie. 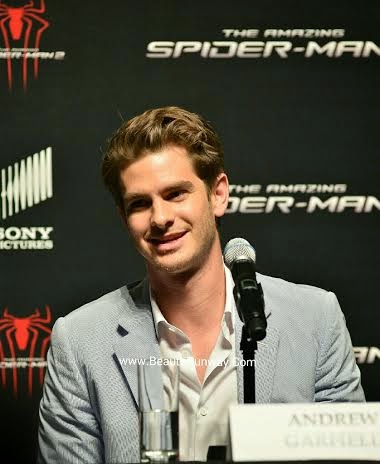 Jaime Foxx who plays the villain Electro in the movie was really spontaneous with his rapper beat box and was candid to share his little daughter is like any child who supports Spider-man as a hero and not him, the evil character in the movie. 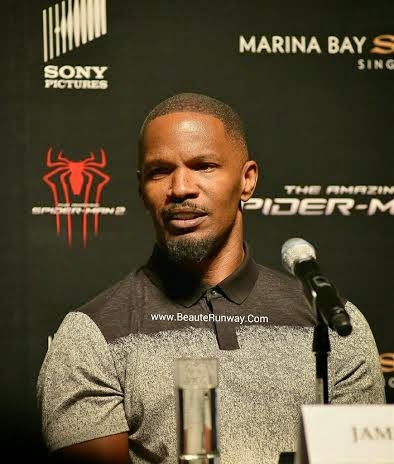 Andy Ridley, the CEO and Co-Founder of Earth Hour announced that Spider-Man is the first Super Hero ambassador for Earth Hour, inspiring individuals to use their power to become superheroes for the planet. The Amazing Spider-Man 2 cast endorsed World Wildlife Earth Hour 2014 and were at the Blue platform at The Float@Marina Bay where lights were switched off for an hour around the world. 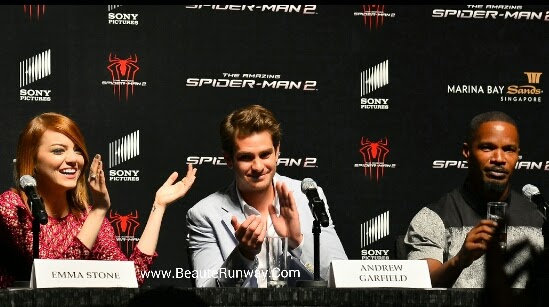 Posted by Beauty Runway at 4:49 PM